Old FC Porto head office to be converted into Hotel

The works will begin on the next Monday: old FC Porto head office will be converted into a high class hotel in the Avenida dos Aliados, as announced this Friday by a source of the club.

‘FC Porto will announce the debut of the works towards the old head office’s renewal, so as to convert it into a hotel, at a ceremony scheduled for Monday, at 11 a.m., at the same venue’, the source confirmed.

The presentation ceremony will be attended by FC Porto president, Pinto de Costa, the mayor Rui Moreira, and also by the CEO of construction company Lúcios Engineering, Filipe Azevedo, and by the CEO of ESC Capital, a renewal and risk capital funds managing company.

One of Lúcios’ partners, João Olvieira, has confirmed us that the company is involved in this project, but postponed details on the enterprise and dates for next Monday, 21st.

In November 2015, FC Porto announced a proposition to let their old head office’s premises to a high-level hotel, but then, on December 17th, the club confirmed that 18 entities had put forth projects for changing the building into a hospitality industry venue.

Fernando Gomes even admitted that he was hoping to reach a decision ‘in the first quarter of the year’ on what to do the building next to Porto’s City Hall, on General Humberto Delgado Square, numbers 321, 325 and 329. The intention was already to propose a thematic hotel, that wouldn’t ‘be just another hotel’, but that’d carry on FC Porto’s brand and heritage.

The building was abandoned, said Fernando Gomes at the time, and added the best use for that space would be a hotel, in a concession manner, and that, later, the hotel’s ‘added values would revert to FC Porto’.

On 12th January 2016, a source with FC Porto revealed that they had up to then received five propositions to turn the old head office into a hotel, but on 3rd March, the club announced a new public contest because he hadn’t liked ‘any of the projects’ he had got.

News from: https://www.publico.pt/2019/01/18/local/noticia/antiga-sede-fc-porto-aliados-vai-convertida-hotel-1858470#gs.FbzQiEDG (Article in Portuguese) 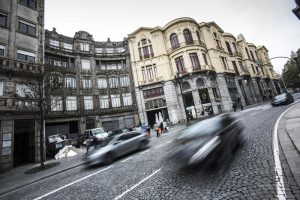 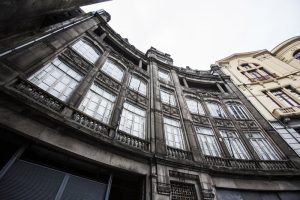