The intervention valued the replacement of the centenary garden landscape, designed over 150 years ago. It also included problem solving in stormwater drainage. It is the “visiting card” of the Jardins do Palácio de Cristal and named after landscape architect Émile David, who designed most of this vast green space in Porto city center in the second half of the 19th century.

In addition to the works carried out having focused on the recovery of the original layout of the 1865 flowerbeds, using historical archives and plans that contradicted successive and overlapping transformations over decades, the work also aimed at the requalification of existing pavements and equipment, with the fountain restoration, statues, railings and garden benches. All vegetation was also intervened and new irrigation and drainage networks were created.

The program for this historic garden follows the project developed by Professor Teresa Portela Marques, from the Faculty of Sciences of the University of Porto, author of the book “Jardins do Palácio de Cristal”, commissioned and published by Porto’s town hall in 2017.

The major requalification of the Jardins do Palácio, which began in 2014, is now approaching its final phase, with the only need to fulfill the plan of pedestrian paths and mechanized connections.

Chronologically, this municipal investment, estimated at around 2.8 million, has already involved the restoration of the gardener support building, the redevelopment of the playground, the maintenance of the Alameda das Tilias and the consolidation of the scarp and walls.

The renewal of the Émile David Garden and the surrounding environment is now complete, and the rehabilitation of the Biblioteca Almeida Garrett cafeteria is almost complete. In particular, the centenary garden requalification contract, managed by the municipal public works company GO Porto, represented an investment of around 740.000 euros. 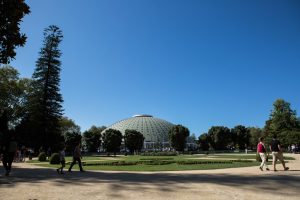 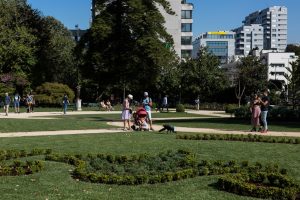 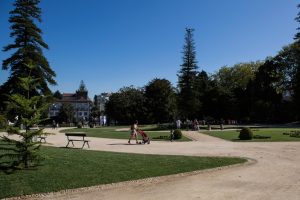